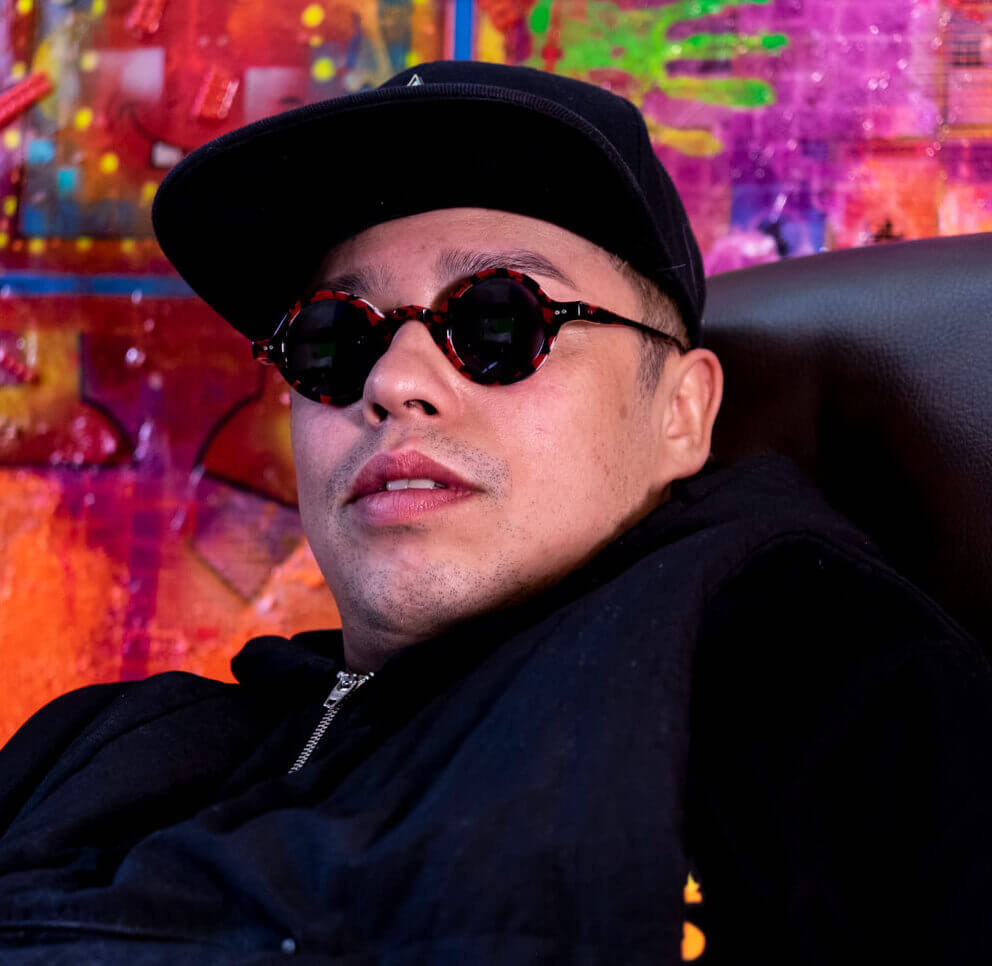 Bien Tran was born the 7th November 1984 in Sorengo (Switzerand), from an Italian-Polish mother and a Chinese- Vitnamese father. He spent the childhood in Gentilino, where he gradually cultivated his passion for painting thanks to two fundamental figures: grandfather’s Edmondo Dobrzanski, expressionist painter of the human condition, and grandmother’s, who acted as his first muse and pushed him to follow the artistic path. Bien attended the school of art, where he acquired the technical and practical bases that he needed to get consciousness of his own work. Despite acknowledging how important those years have been to understand colours and shapes, Bien affirms that the main drive of his growth and arti- stic progress has been and still is curiosity, bound up with his own experiences of life: thanks to that curiosity he knew artists and explored movements of the past, exploiting them to shape his own experiences; moreover, thanks to an unstoppable yearning for discovery, together with the belief that one should never stop progressing, Bien has been able to find new artistic concepts to fill his paintings with

While studying, Bien devoted himself to the di- scovery of art in all his shapes, although he wasn’t aware of the fundamental role it would have had in his life. In 2006 an unexpected turning point: Bien started persistently and repeatedly dreaming of a man, wandering at night with a shopping cart with no apparent reason; that image stroke him to the point that he decided to put those unconscious sensations on a canvas. In that period, Bien lived with the grandmother, who immediately realized how important that moment was and allowed his grandson to use old Dobrzanski’s atelier to continue with his work. This is Bien conceived “Il Vagabondo” (The Tramp), the painting that signed the real star- ting point of his artistic maturation. “I had already painted before, but those few canvas represented a sort of research of the self.

The Tramp… I finally found myself.” After that first painting, Bien never stopped working on his technique, and never left that atelier in Gen- tilino imbued with passion for art. His grandmother stood by his side, but was never too accommoda- ting with him: “this is not as good as the first one”, she kept saying about every new painting, just to push him forward. And she got what she wanted! Time going by, Bien perfected his technique and defined his own artistic style. The principles ruling his creative process are investigation and, most of all, risk: one has to put himself at risk to go further, to go beyond his limits. Why should an artist stand with Abstract, when he’s got the chance to do so- mething new? Abstract art is a still concept: one should not forget it, but rather use it to go further. It is a fundamental letter of my pictorial alphabet that I just use to build the basis of my work, a basis on which then act imagi- nation, experiences and illusion. Bien’s art pieces are thus a balanced mixture of realism, illusionism and visual perception. The use of these elements allows him to achieve what he calls the overturning of the concept, which is the main feature of many of his paintings. This sensation is obtained by merging different artistic movements of the past –abstract, naturalism, surrealism, cubism- and by using them as a starting point to find illusion through visual perception.

Illusionism -Bien affirms- is the one thing, besides emotion, that an artist develops independently from external influences. It is the one thing the one can keep for himself. “Thanks to illusionism I can write on my canvas, I can literally tell my story remembe- ring the past at the same time”. It is then up to the observer to interpret the stories and decode the illu- sions. “As far as I know, only those who are lucky enough to have their mind free from worries, are able to find the illusion behind the painting –says the artist- while those whose tensions are too intense, risk to loose the most of it”. Besides illusion, optical perception and the overtur- ning of concepts, one other fundamental achie- vement that Bien looks for while painting is the tremble. A painting must tremble: when I realize that my piece is starting to move under my sight, it is in that exact moment that I stop working. In my point of view, when a canvas trembles it means that it has reached per- fection. The truth, however, is that Bien will never feel that way, and will never stop looking for perfection. As he said many times, his challenge will always be to add elements and concepts to his technique, to progress in his art and go beyond his limits, in a journey among past, present and future, continuously looking for different concepts and new illusions.